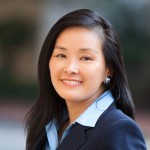 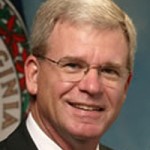 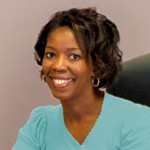 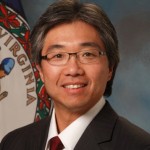 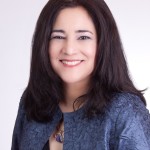 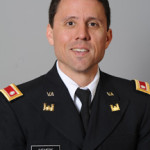 The Virginia STEAM Academy emerged from the vision of co-founders Judy Stewart, PhD, and Caroline Martin, RN, MHA. Stewart is an independent education consultant and President of Taylor Education Consulting, Inc. Her work in the area of education policy research has led to extended contracts with federal education research and development agencies, state departments of education, and local school divisions around issues related to educator quality and quantity. Locally, she has served on several nonprofit boards. Stewart was a member of the Civic Leadership Institute, Class of 2013.

Martin is the retired Executive Riverside Health System/ CEO, Riverside Regional Medical Center. Some of her major accomplishments during her tenure include serving as the executive of the Schools of Professional Nursing and Allied Health Education, the creation and management of Riverside’s Wellness Division, Human Resource Development, Child Care and Learning Centers, and oversight of the risk management, safety and protection and accreditation programs. Since her retirement she has served in leadership positions on many nonprofit boards and was named Suffolk Citizen of the Year, 2012.

When the Virginia STEAM Academy filed its original articles of incorporation and applied for its nonprofit 501(c)(3) status, the initial board was comprised of the Co-founders Caroline Martin, president, Judy Stewart, and James Batterson. An original Virginia STEAM Academy Steering Committee member, Batterson has been a K-12 school board member, educator, NASA engineer and strong proponent for early and integrated engineering in the STEM curriculum. Batterson resigned from the board in 2013 but not before the board elected Jack Ezzell. Batterson continues to be an advocate and active advisor (serving on the Virginia STEAM Academy Hampton Roads Advisory Committee).

Ezzell, an early Virginia STEAM Academy champion and Steering Committee member, is Founder and CEO of Zel Technologies, an international firm specializing in providing advanced technology solutions to critical enterprise problems. Ezzell brings to bear his knowledge of the need for STEAM leaders. He currently serves on the board of directors for Sentara Healthcare and VersAbility (formerly Arc of the Peninsula), where he is former chair, and has served as Rector of Norfolk State University for two terms. Ezzell received WHRO’s 2013 Pioneer Award.

In September 2014, the board welcomed E. Dana Dickens, III to its membership. Dickens, another original Steering Committee member, played a key role in securing bipartisan legislator support for the Virginia STEAM Academy. Dickens is the former Mayor of Suffolk and immediate past President and CEO of the Hampton Roads Partnership. Prior to joining the partnership, he owned and directed First Service Insurance. He was recently appointed to Governor McAuliffe’s Small Business Commission.

In April 2015, the board welcomed Jim Cheng. Cheng has over 25 years experience as a technology entrepreneur, angel/private capital investor, business leader and a senior state government executive. He currently is associated with New Richmond Ventures, and Blue Heron Capital, teaches Entrepreneurship at the UVA Engineering School and is Of Counsel to the Law firm of Lee & Hayes. He also serves on numerous boards and advisory boards of non-profit organizations, tech startups and mid-sized companies. In addition, Cheng continues to advise companies on economic development issues and on investing in the US. From January 2010 to January 2014, Cheng was the Secretary of Commerce and Trade for the Commonwealth of Virginia. As a senior member of the Governor’s cabinet, his portfolio included 13 agencies ranging from economic development, housing, employment, export, licensing, tourism, small business, mining and energy.

In March 2016, the board welcomed Louise Epstein and Troy Siemers, PhD. Epstein is a board member and past president of the Fairfax County Association for the Gifted (FCAG), a founder and budget chair of the Fairfax Education Coalition, a board member and chair of the Education & Youth Committee of the McLean Citizens Association, and an adviser to Class Size Counts-Fairfax. Before Epstein’s children graduated from high school, Epstein served on the Fairfax County School Board’s Gifted and Talented Advisory Committee, as PTSA president for Thomas Jefferson High School for Science & Technology (TJHSST), as president of the TJHSST Academic Boosters, and as a Northern Virginia Schools & Scholarships Committee chair for the Harvard College admissions office. Epstein worked as a tax lawyer for fifteen years before becoming a full-time volunteer on education-related groups and efforts.

Since 1999, Siemers has been affiliated with the Virginia Military Institute. In 2008, Siemers was named Head of VMI’s Applied Mathematics Department. He has contributed to the university’s New Faculty Orientation, Curriculum and Instruction, and Academic Planning and Review committees, and has led the committee for compiling the SACS Compliance Certification report as part of the 10-year reaccreditation cycle with SACS (Southern Association of Colleges and Schools). He has authored Matlab and Mathcad, and been the contributing author to Calculus 1, Calculus 2, and Calculus 3, all texts used in VMI classes as part of the Affordable Print and Electronic textbook (APEX) consortium at VMI and other schools. Siemers has published as co-author on papers in/on: an automated parking patent, timing jitters in lasers, and game theory, and has co-authored manuscripts and/or given presentations on protein structure, immigration modeling, and liquid crystals.

After five and a half years of dedicated service, Virginia STEAM Academy Co-founder and first Board Chair Caroline Martin resigned from the board effective June 1, 2016. Board Chair Jack Ezzell, Co-founder, President and CEO Judy Stewart, and the full Board gratefully acknowledge Martin’s enormous contributions of time, talent, and treasure.

In July 2016, the board welcomed Gil Bland to its membership. Bland is Immediate Past Chairman of the State Council of Higher Education for Virginia (SCHEV) and served on its Executive Committee for seven years. Bland recently completed six years of service on the Board of Directors of the National Franchise Association. In 2014, 2015, and 2016, Bland was chosen by Virginia Business Magazine as one of the 50 Most Influential Virginians. Bland currently serves on the boards for LEAD Virginia, the State Chamber of Commerce, Elevate Early Education (Treasurer), and the Hampton Roads Community Foundation. Past leadership includes statewide service on the Board of Visitors for Old Dominion University, the Board of Trustees for the James Madison University Foundation, and Sentara Healthcare.

Board members bring strong expertise in education, operations, government relations, legal and nonprofit board leadership. The board remains committed to expanding to reflect statewide representation.

Do you know of an organization that should hear about us? Recommend a business, civic organization or other entity to learn about the Virginia STEAM Academy.
Recommend now »